The Performers of Bourg-en-Bresse: a successful first 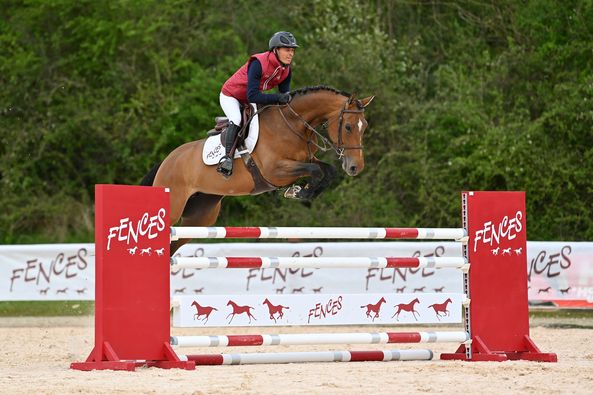 The first edition of the ridden horses auction of Bourg-en-Bresse organized by the Fences Agency was a great success!

The 12 horses in the auction collection were present last week at the International Jumping of Bourg-en-Bresse and were able to be tested on site by the buyers.
This enthusiasm was reflected last night during the online auction, as seven of the twelve young talents on offer were sold and the average auction price was €112,800, not including several amicable sales in progress. One of the highlights was the Top Price of VIGONZA RC, a 6 year old mare sold at €245,000 who joins Nicolas Delmotte’s stables!

FLASH DE TALMA, sold for €205,000 and GREENHALL JUSTIFIED, sold for €50,000, are heading for the Haras de Lerchenberg, a loyal client of the Fences Agency. While some of them will stay in France, three horses will go abroad like CORANILA DE WILL, sold for €110,000 in Spain.

It is therefore a new successful auction format for the Fences Agency which suggests a second edition next year! In the meantime, Fences is organizing a second ridden horses auction this year which will take place on August 13th during the CSI 3* Longines Deauville Classic.